1. It is inevitable that chickens are sick. However, after the onset of the flock, many people are unable to give treatment at the first time. Missed the best treatment time.

2, due to illness, due to poor health, decreased resistance, often not only a disease, many times, several diseases. Mixed infections of several diseases, if only treated with a drug for treatment, the disease of the chicken is difficult to cure 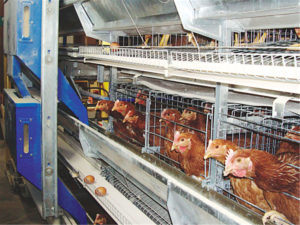 3, sometimes the cause is unknown and disorderly medication, so not only can not cure, but also because of the lack of timely and accurate treatment, the increase in death, the loss is greater.

4, a lot of farmers in order to save the cost of medication, using a day or two medicine, the chicken group has improved, and immediately stop using the medicine. As a result, after a few days, the condition has worsened, and the dead chicken has increased. This is the result of not consolidating the curative effect and causing the disease to repeat and aggravate. After repeated illnesses, it is more difficult to cure the disease, because repeated medications often produce resistance. The correct approach should be to continue the medication for a course of treatment until the illness is fully cured.